Inspiring answers by Anita Fernqvist, one of our STEM careers for Women in Data  Ambassadors on her life and working as UK Chief Data Officer and Director of Operations job. 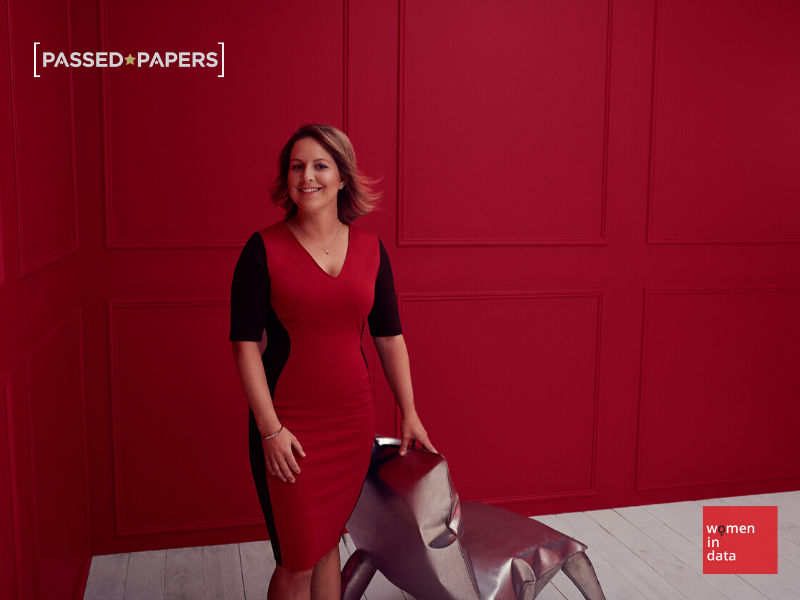 2. What is something about you people might not know?

I speak 5 languages (English, French, German, Spanish and Swedish) and have 3 passports!

3. What are your hobbies?

I spend most of my time with my sons who are 5 and 9 and love to go camping and skiing together. To get a bit of ‘me time’ I sing in a big choir and I like to run and read.

4. What did you want to be when you were growing up?

I always wanted to be a lawyer. Mostly because I had an older cousin who was my role model and she was an international lawyer which inspired me. Prior to that, I had a phase of wanting to be the first woman to walk on the moon. However, I went off that idea when I decided I wasn’t interested enough in physics!

5. Who was your biggest influence growing up?… who were your role models?

I was lucky to have a number of role models. I had two working parents. A father who spent his career working for the European Centre for Nuclear Research and encouraged us very much towards STEM subjects. My mother who worked for Hewlett Packard (a large technology company) again inspired me to the corporate world. I had an older cousin who was studying law when I was much younger and was the first female partner of a large law firm, which taught me that girls can be anything.

However, as I got older I started typing in my school holidays to earn extra money, and through being a typist for senior executives I gained a real passion for the business world and how technology could help. One of the senior executives I worked for took an interest in me, and she really inspired me into that world. When I was temping at the company, I remember that their first female CEO started. On her first day, she broadcast an announcement on the loudspeakers across the world. I heard her talk as I was shredding documents in the mailroom, and remember deciding that I wanted to be a senior leader in a large corporation one day.  I was pretty lucky to have such impressive role models before I had even finished my A-levels. They have really shaped my decisions.

6. What were your favourite subjects at school?

7. What were your least favourite subjects at school?

Art was my least favourite subject – it is not something I have ever been able to do!

I found Maths and Chemistry the hardest when I was younger. Mostly because I lacked confidence, and I always assumed I would be no good at them. I then actually worked so hard to make sure I got a decent grade in my Maths GCSE (because of a bet I made!) that I actually grew to enjoy it.

8. How did you come to choose your current career path or were you led to it?

I chose technology as I had done some work experience and grew to realise how much it was possible to change things for the better with technology. Much later I fell into data by accident. Someone asked me to help them manage a team for a short while. The short while became a few months, and in turn that has become an exciting and amazing career!

9. What are the biggest changes in the world of work (for women) that you are excited about?

The increasing amounts of flexibility that companies now offer excites me. The working world used to be very rigid, with very strict start and finish times. This made it hard to build in hobbies or think about having a family. Now the world has changed. I can manage my hours around my life. This means I work hard and I also can manage my time to spend time with my boys, travel, volunteer for charities. For women wanting a career and one day wanting to also be a mother, or even pursue an interest outside of work, the changes mean that both are infinitely possible. Additionally, the world has really woken up to the fact that we need to do more to encourage a balance of men and women across all careers. This means that there is a huge amount of opportunity as a female wanting a career.

10. Would you say having a degree is the only path to a successful career? Would you say there are opportunities for women entrepreneurs in your career?

There is a whole mix of routes that people have joined the teams I work in – apprenticeships, degrees, work experience, change of careers partway through their working lives. Additionally, I know so many women building fascinating careers as entrepreneurs. Once you have a skillset some people may prefer to work in a company, and others may prefer to work for themselves. As long as you have the drive and the passion, the opportunities are endless!

11. What advice would you give your younger self and school leavers today?

My advice would be to be nosey. Explore the different subjects and jobs that are out there and see what takes your fancy. Don’t be afraid to ask to meet people, or shadow them in their jobs and get an idea for what is out there. Role models are important. However, often they don’t realise they are role models. So, you might need to take a deep breath and have the courage to tap them on the shoulder and find out more.

Additionally, don’t limit yourself. You are capable of anything you want to be. If I could go back and talk to my younger self who was worried she would never be any good at maths, she would never believe she was capable of being the Chief Data Officer of a large company. It takes time to find yourself, and everyone matures at different rates. You are not defined by who you were at school, it means very little when you get out into the real world.

Make sure to follow this series on STEM Careers Guide.

Working in Information and Data Management