What are the Cheapest U.K. Boarding schools?

Welcome to our cheapest U.K. Boarding Schools Guide, including the new low-cost private schools being introduced.

Most people experience school through the eyes of a day scholar. However, there are cases where it’s viable to send a child to live at school as a boarder. A residential school where students live as well as study during the school year is known as a boarding school.

England, Scotland, Northern Ireland and Wales have around 500 boarding schools spread across them. Boarding schools in the UK aren’t left to their own devices. All of them are governed by strict standards laid down by the government. These standards ensure that there is consistency in their teaching, facilities, as well as student care.

Boarding schools in the UK are quite unique. They offer their students modern classrooms combined with a traditional private school education.

While there are always bad apples, most boarding schools in the UK are excellent and modern with their approach to education. Let’s take a look at what they focus on.

1. Badminton school – Badminton school has been around for more than 150 years. The campus and community exude feelings of homeliness. The school gives all of its students’ many different opportunities to grow as well as excel.

2. Mayfield School – Mayfield school can be found in East Sussex. It is an independent boarding school set up for girls who are between 11 and 18 years old. It is located a mere 50 miles from central London in the countryside and gives students the experience of life in the country and city.

3. Kilgraston School – Kilgraston takes girls in who are as young as three years old and teaches girls as old as 18 years old. There are plenty of historical sites around the school, such as castles, museums and so on.

1. Bedford school – Bedford school gives its students many opportunities in a nurturing environment which encourages them to develop their talents. The boarding experience at Bedford is excellent.

2. Charterhouse – Charterhouse has a rich history which dates back to its founding in 1611. The school commits to progress. The campus is an incredible 250 acres and can be found quite close to London.

3. Eton College – Eton is a name synonymous with excellence. The school takes in 1300 boys between the ages of 13 and 18. There is a strong emphasis on academic excellence as well as sports. Students are selected based on their all-round qualities rather than only their academic potential.

Good boarding schools place the wellbeing of their students at the top of their list of priorities. In the past, boarding schools in the UK would encourage students to maintain a stiff upper lip. However, modern UK boarding schools are quite different from their predecessors. In fact, students are encouraged and expected to talk about their feelings in a free and open environment.

Many schools have their faculty trained in mental health. Some schools have claimed that children are safer with them than at home. This is because boarding schools offer their pupils easy access to many medical experts such as matrons, nurses, and boarding parents. In fact, doctors visit good schools regularly.

Restrictions aren’t in place to deny students a good time. They’re in place to make sure that schools know where their students are and what they’re doing. Older students usually enjoy more freedom than their younger counterparts.

Some schools even allow senior pupils to sign themselves out. However, almost every school requires students to be in by a certain time. The approach of each school to free time is different.

What is a typical day in a UK boarding school?

A typical day is as follows in a UK boarding school.

Early morning – The day usually begins at 7:00 am. The initial morning period is when everyone takes a shower and puts on their uniform.
Breakfast – Many boarding schools offer their students a breakfast buffet so that they have a wide variety of options.
Lunch – After lessons, lunch is scheduled at 12:30 pm in a dining hall.
Dinner – After finishing school lessons for the day, dinner is held in a dining hall.

As you can see, modern life in a boarding school in the UK is quite different than it was in the past. Modern UK boarding schools offer their students excellent experiences as well as opportunities in order for them to become successful and productive members of society.

All schools offer vegetarian alternatives. In addition to food served during mealtimes, many boarding schools have a ‘tuck shop’ which sells many items such as chocolate, drinks, stationery and so on.

Many children in the UK are used to being the center of their parent’s attention. Boarding schools are great for teaching children valuable lessons such as that their existence doesn’t make them the center of the world’s attention. Children quickly learn that the world doesn’t exist to serve them and that they are part of a broader community.

They also learn that since they are part of a large community, they must contribute to the success of their community. Day scholars often have their parents solve many of their children’s problems. However, boarders learn to be more independent as their parents aren’t around.

Are there any free UK boarding schools?

Yet despite the low cost, numbers at the school remain very low. Just two pupils started at the school on its first day. A year later and the numbers have grown but remain ‘in their 20s’.  In March, IGS Durham had its first OFSTED inspection which rated the school as ‘Good’. You can view the report here. As Tooley told the Telegraph: “We know with our positive inspection result and many word-of-mouth referrals, that the project is going well.

Nor is IGS: Durham the only low-cost private school that Tooley is planning. A Professor of Educational Entrepreneurship and Policy at the University of Buckingham, he wants to open more low-cost private schools across the UK. He says this is to ‘offer parents a choice, not just between state schooling and prohibitively expensive private schools, but also an affordable yet high-quality independent school.”

While low-cost private education is new to the UK, Tooley argues it is commonplace elsewhere. He founded the Omega Schools Franchise which runs pay-as-you-learn schools in Ghana. He also set up schools in India and Liberia. “My academic work over two decades in Africa and Asia has highlighted private serving everyone, even the poorest. Research shows that these low-cost private schools, supported by only parental fees, outperform government schools and are the preferred choice of parents,” he said.

Tooley plans to open a chain of schools in the North East from Bishop Auckland and Middlesbrough through to Sunderland, Gateshead and North Shields. 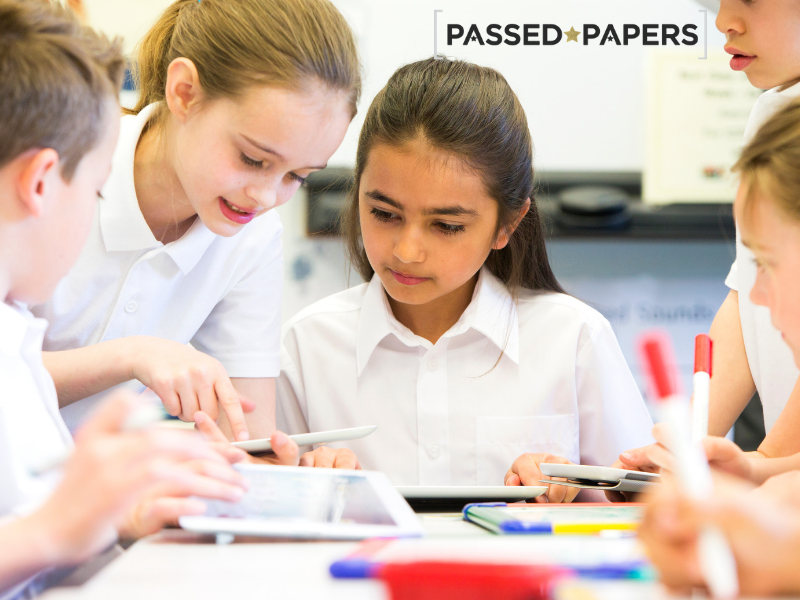 Of course, Tooley’s plans for low-cost private schools are not without critics. Many wonder how it is even possible to offer private school places for £3,000 a year when state schools receive far more funding per pupil from the Government.

In 2015-2016 the average primary school in England received funding of £4,900 per year per pupil. Secondary schools received £6,300 over twice as much as the cost of going to IGS: Durham. This has led critics like Kevin Courtney, joint general secretary of the National Education Union (NEU), to question the school’s long-term survival. He said he fears the school will fail, just as the Durham Free School did before it.

Inevitably there is a concern that low costs could impact on pupil performance too. Larger class sizes and lower teacher wages are two areas that low-cost private schools are exploring to save money.

Low-cost private schools are still very much unproven. Only one has opened to date with around two dozen students in total. However, there were those who doubted the viability of low-cost, no-frills airlines in the face of competition from established brands. Now most of us take them for granted. Could the same be true.

Why choose a private school education?