In this GL Assessment CAT4 Tests Practice Intro, we will discuss all details surrounding the CAT4 and its uses.

If your child would benefit from a premium CAT4 practice test then we partner with JobTestPrep to offer this.

Parents’ Guide to the CAT4

Most schools inform parents about CAT4 tests in advance. As a result, parents get to know their plans and expectations from students. However, pupils are advised against making preparations for the CAT4 tests at home. CAT4 Individual reports to parents show the performance of their children across the four batteries. Then, schools present results to parents and students using a stanines scoring system.

The CAT4 is a standardised cognitive test. It provides insights into children’s’ ability to reason across 4 fields: verbal, non-verbal, mathematical and spatial reasoning. The content of these tests is not curriculum-based. Instead of testing a child’s knowledge, they are meant to highlight strengths and weaknesses. Plus, to gauge pupils’ potential, and to use such benchmarking in the teaching process.

CAT4 scores are used by a large number of UK secondary schools and an increasing number of primary schools, both in the state and independent sector.

The CAT4 is developed by GL Assessment. The CAT4 Batteries are explained for parents in this link. 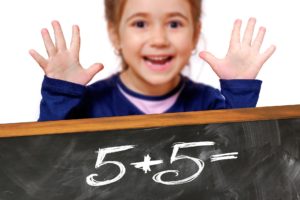 Why use CAT4 Statine Scores?

Although there are no formal assessments required between Year 2 (KS1 SAT) and Year 6 (KS2 SAT), some schools use the CAT4 as a standardised form of testing. They then use these results to not only set the pace but also identify possible learning difficulties. This can be very helpful in supporting learners to reach their full potential. It also gives the school a lot more information to work with.

Schools deny that they use these results to put children in sets. Many, however, acknowledge that they use it to get a clearer individual picture of a child in addition to other results available to them.

The CAT4 does not assess knowledge previously learnt in school. Instead, the CAT4 assesses the reasoning ability of a child in four areas.

Verbal Reasoning: involves words. These appear in the form of verbal classifications & analogies.

Non-verbal Reasoning: involves shapes and patterns. These appear in the form of figures & matrices.

Mathematical: involves numbers. These appear in the form of number analogies & series.

Spatial Reasoning: mentally generating and transforming visual images.  These appear in the form of figures.

Administration and reporting of the CAT4

Teachers receive the results and they also receive guidance on how to help children reach their full potential. Schools can also invest in individual reports for parents.

Primary schools use the CAT tests to assess their students even during non-SAT years. These tests are mainly used to determine pupils’ achievements between KSI and KS2 SATs. The CAT tests also assist teachers to understand the strengths and weaknesses of each child individually. CAT4, especially provides a clear picture of the learning capacities of students, unlike the tests which concentrate on scores in core subjects. Thus, teachers can have a vivid idea of the learning skills of a child and can determine the pupil who needs special care or support

While SATs tries to assess the student’s ability to understand the topics in the curriculum, The CAT tests focus on the natural cognitive ability of a child. So, verbal, non-verbal, quantitative, and spatial reasoning are the key areas (batteries) tested. GL processes CAT4 tests and sends reports to respective schools, accompanied by guidance to the teachers on how to help children attain their potential.

Notably, some schools provide individual reports to parents to show the performance of their children.

CAT4 are essential in providing teachers with a rounded profile of a child, thus making it easier to decide about the progress of learners and offer appropriate support.

Teachers use CAT4 to gauge strengths and weaknesses in four main aspects including verbal, non-verbal, spatial, and quantitative reasoning. CAT4 is statistically reliable since it is annually verified by analyzing 250,000 pupils and is standardized on 25,000 children. Therefore, it is a true reflection of pupils’ potential and effectively reveals factors that affect their performance. GL assessment provides both group and individual reports that are easy to follow; thus, teachers can get a complete picture of the learning skills of the students. National performance records, including GCSE, KS2, and A-level indicators, provide the basis for evaluating CAT4. 3. The Eight Sections of the Cognitive Abilities Test

Verbal classification test. Each question in this test contains three words that have the same meaning. Pupils are supposed to discover the concept linking the three words and then select one word that best fit with them from the list of other five words provided. It assesses word knowledge, verbal reasoning, and language development.

This contains questions that provide a verbal analogy taking the “A —B, C—_” fashion. Learners should determine relations between the first pair, which then assists them in completing the second pair using one word selected from five options available. It also tests word and verbal knowledge.

Number analogies test. An assessment with questions having three pairs of numbers like ‘2-5, 7-10, and 9—_”. Pupils answer the questions by first knowing the connection between the pairs of numbers then complete the last pair using a suitable number from the list provided. It assesses skills in identifying relations and arithmetic knowledge.

This assesses the ability of learners to identify the rule governing a progression in a series of numbers. The pupil should pick the next suitable number form five options provided to complete the number series. The test significantly builds the foundation for fields like economics and mathematics.

Figure classification test. Questions in this test contain separate figures having a characteristic that links them. Learners should identify another figure from the options presented that has the same features as the first three.

Figure matrices test. Figure analogy is the basis of questions in this test. The pupil should know the relations between the first pair of figures and then should complete the other pair by selecting from the provided five options. It significantly assesses visualization skills.

Figure analysis test. Questions in this test have squares that are folded several times before holes punched through them. Learners are required to determine the appearance of the final product when unfolded. Students utilize visualization ability to find correct answers.

Figure recognition test. Each question presents a target figure, and students should select one complex design that has exactly the same size from the one provided. It majorly evaluates learners” visualization skills.

GL Assessment’s Exact test refers to a literacy assessment that assists in identifying the children who may need extra help to enable them to achieve their optimum potential. It considerably saves time since additional assistance will be directed only to those who need it. The test takes between 30 to 40 minutes and provides results immediately. Exact assist teachers, educational psychologists, SENCOs, and exam officers to analyze the needs of students.

Is It OK For My Child To Be Ambidextrous?

What will be the 2020 pass mark for the 11 plus exam?
Gifted children practice tests
Go to Top